Geez, time sure files! As we get ready for this year’s big local geek fest that is called the Singapore Toy, Game & Comic Convention. So many good titles out there, I do honestly believe that there is more great stuff on the shelves right now. After a year, I felt there were more hits than misses in the New DC 52 universe. The Marvel NOW titles coming up all sound pretty ballsy so I’m definitely excited about that. But first, my faster-than-a-speeding-bullet thoughts on a couple of titles from last week’s shipment. 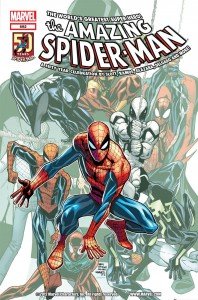 The Amazing Spider-Man #692. Happy 50th Birthday Spidey! Geez, you still look younger than me. In this special anniversary issue, writer Dan Slott gives Spidey the birthday gift every adult super-hero wants but doesn’t dare say, what else but a teenage sidekick. I’ll admit that when I first read about this about a month ago, my thoughts were ‘weird, dumb and has-Marvel-finally-run-out-of-original-ideas’?

Fortunately it was none of the above. In this landmark issue, Slott gives us Andy Maguire aka Alpha, a rather believable 21st century teenager sidekick and by that, I mean he’s irritating, not very bright, girl-crazy and did I mention, irritating? Yup, just like most kids today! But really, there’s no hate here, Slott has managed to flesh Maguire out quite nicely. Plus it’s a blast to see almost the whole Marvel universe involved the kid’s debut. Been a fan of artist Humberto Ramos since I first saw his work on DC Comics’ Impulse ages ago and I’m glad to say his pencils are still rocking this title.

So this kid Maguire accidentally gets his super powers during a classroom trip to Peter Parker’s workplace at Horizon Labs, not unlike how Parker got bitten by a radioactive spider 50 years ago. Naturally Parker feels kinda responsible for what happened and after a talk with Mr. Fantastic, ol’ webhead decides to keep an eye on Maguire. Hilarity ensues!

A cool jumping-on point for new Spidey fans and potential Alpha fans as well. Maybe 50 years from now, you can tell your kids you have the (hopefully still mint!) first issue appearance of Marvel (next most famous?) hero Alpha. 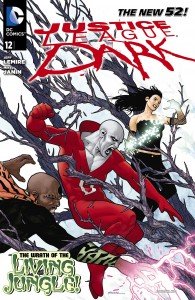 Justice League Dark #12. After over 20 years of reading the adventures of John Constantine over at Vertigo, the last thing I would have expected was to see him team-up with an obscure member of the old Super Friends cartoon group. I’m referring to Doctor Mist and I don’t blame you if you just went, “Doctor Who?”

Although I’m rather happy with Canadian writer Jeff Lemire’s work on his Animal Man title, his portrayal of Constantine here just doesn’t seem the right fit. Maybe what they say is true, “only an Englishman can write Constantine the right way”. Lemire’s Constantine goes through all the trademarked motions from lighting a new cigarette every other page to smirking over stuff that only he knows, but it still didn’t hit that sweet spot of familiar mystic love.

But I still enjoyed the story, just not as much as I thought I would given the hero lineup you got here; supernatural heavy hitters like Zatanna, Deadman and Madam Xanadu. In this issue, old Justice League villain Felix Faust is up to no good and trying to get his hands on the all-powerful Books of Magic. All good reasons to stick around for at least until this storyline ends. And the big reveal from last issue was Doctor Mist betraying the good guys and teaming up with Faust.

Currently I can’t think of another all-out ongoing supernatural title from DC Comics or Marvel besides Justice League Dark. So if you like magic and super heroes, this is a good enough pick. 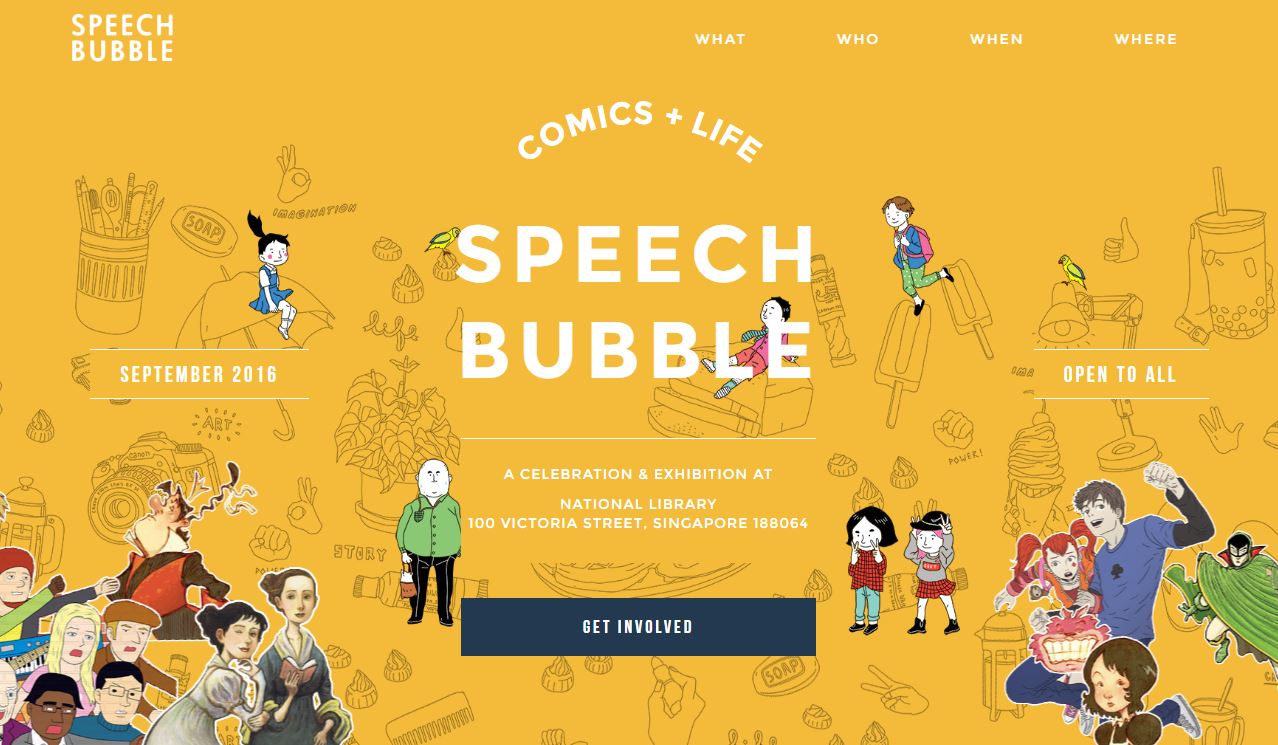