We’ve tried many ways of choosing our favourite geekdoms in years past, but this year it went down to a simple top three vote for each of us, followed by a tabulation of scores. No real arguments this way, and with that, the hive mind has chosen winners for TV shows, movies, comics and games.

It’s been a great year for comics, with Marvel generally coming up tops among our favourite series this year. The Archie reboot was a surprise hit, while Kieron Gillen continued to write stories which resounded. And let’s not forget the super, locally-made hit that was Sonny Liew’s The Art Of Charlie Chan Hock Chye. 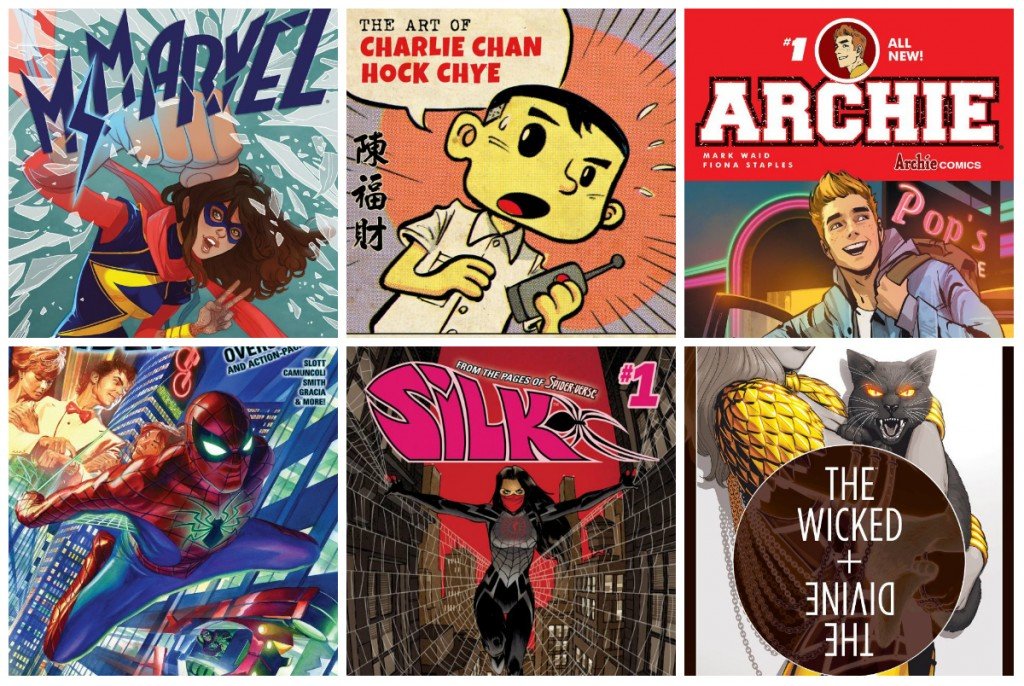 With so many comics out there, this was the hardest to vote for, with a total of 13 nominees among all the voters. Yet, there was a very, very clear winner that stood heads above the rest. There was also a tie for second place, and after an epic battle, coming on top of Silk was …

Peter: At the start of this year, we saw the end of the first major story arc for the new Ms Marvel, Kamala Khan, as she took down The Inventor and saved Jersey City, cementing her role as a superhero. Where does writer G Willow Wilson take her teenage protagonist next? Why, to walk the streets of love, and as the Rolling Stones sang, they’re full of tears. 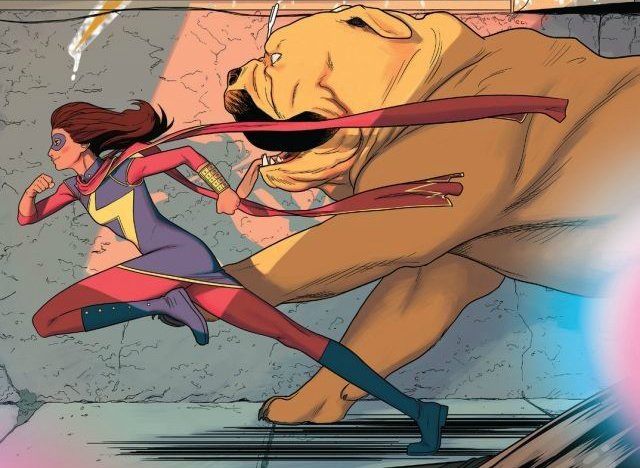 Kamala meets a new love interest, who gets her in ways that no normal human being ever could. So naturally, it’s not going to end well, but at least seeing her experience the ups of downs of teenage life is a joy, thanks to the deft writing of Wilson, and the dynamic artwork of Takeshi Miyazawa – who would go on to do the art for the title post-Secret Wars.

Speaking of Secret Wars, Ms Marvel is also affected by the end of the Marvel Universe as we know it and her Last Days are spent truly understanding what it means to be a superhero. As with most of the run, Kamala never really gets lost in the intricacies of what’s happening elsewhere in the world, but remains firmly grounded in bringing a sense of hope back to her home. Wilson, together with original artist Adrian Alphona finishes off the run strongly and give Kamala Khan’s story an emotionally satisfying end, with arguably the most well-developed cast of characters any comic book could hope for. 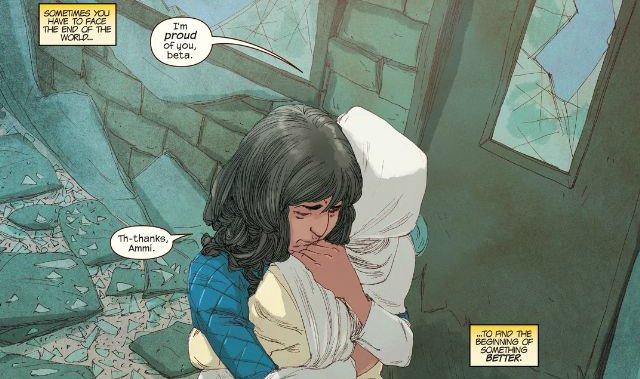 What makes Ms Marvel so great? Accessibility. Kamala Khan is the kind of character everyone should be a fan of. She’s relatable, likeable and most of all, she’s new to the Marvel Universe. That means she’s the perfect character to introduce Marvel Comics or just comics in general to a newcomer. The fact that she’s a teen, a woman, of Pakistani descent and a Muslim? Just makes her even more important a character. It really does make a difference when you have a superhero that looks like you and thinks like you.

BEST COMIC OF 2015: THE ART OF CHARLIE CHAN HOCK CHYE

Peter: What more can we say about The Art of Charlie Chan Hock Chye that hasn’t been said already? It’s not a far cry to call this Sonny Liew’s magnum opus, a labour of love that was years in the making and one well worth the wait.

If nothing else, The Art of Charlie Chan Hock Chye is proof of what lengths the comic medium can truly achieve at the fingertips of someone with vision. It is, at once, a detailed survey of the history of comic book art, a somewhat tongue-in-cheek journey through the political history of Singapore and Malaysia, and a poignant commentary on the process of creative thought in Singapore. It was during the creation of this book that Sonny himself finally felt compelled to obtain Singapore citizenship, despite having already spent most of his life here.

The comic book geek will especially appreciate select stories encapsulated in the book – the 50’s sci-fi comic strip series Invasion, published in Dragon magazine pays homage to the successful and influential stories of the British comics periodical Eagle, while the 60’s pulp character Roachman and his nemesis Orang Minyak are literally influenced by US superheroes Superman and Batman (supposedly pre-dating even the Marvel Age!).

Like many of the greatest stories ever told, The Art of Charlie Chan Hock Chye transcends both the medium and its disclaimer on the back page that it is a work of fiction, and gives its reader more than enough material to resonate with, to incite feelings that the titular hero may not only have existed, but may have been them, in another life. I personally felt this when reading about Charlie Chan’s visit to the San Diego Comic Convention, as an older man, in 1988. Oh, to have been there, when attendance numbers were still in 4-digit territory.

The Art of Charlie Chan Hock Chye is my vote for Best Comic of 2015, but may very well become the Great Singapore Novel.