As we’re writing this, Harvey’s probably on his way out of Singapore back to the Philippines (today’s his last day in Singapore), but it seems like he’s definitely made his mark in Singapore. Starting almost a month back in STGCC as a guest, Harvey has since had several signings and sketch sessions, a talk in the library, an appearance in your friendly local comic shop, and even his very own art exhibition! 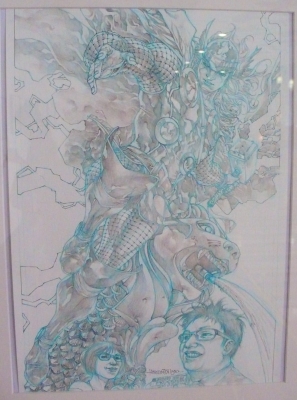 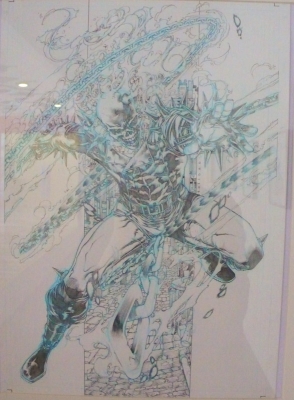 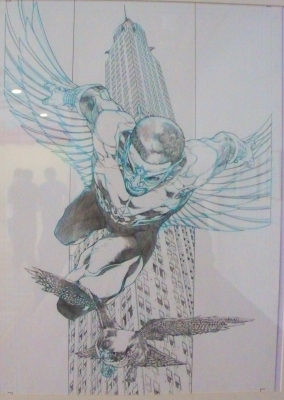 And it’s the art exhibition that we’ll be talking about today. With the exhibit fittingly labelled ‘Inking Singapore’, we managed to see quite a bit of never-seen-before artwork being exhibited in Wilkie Edge, including framed close-ups of covers featuring Ghost Rider, Falcon and Thor. 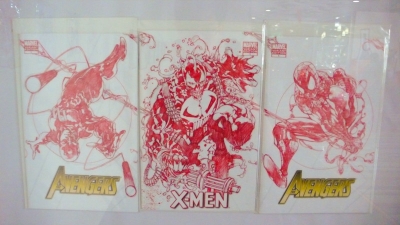 Maybe what was the most interesting though was that he’s again had time for sketches and commissions. Even better was that there were variant comics with original Harvey art to be won by those who got sketches and commissions. The Spidey had already been raffled off on Saturday (to our disappointment), but Daredevil and Punisher-Venom was still up for grabs (wonder who won it). 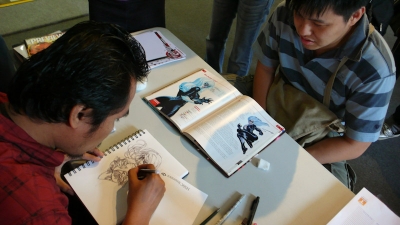 Not that we’d need any reason to get art from Harvey. Even after we got some art in STGCC and at Absolute Comics, the HBG folks still wanted him to further expand his inking foothold in Singapore: starting with our stuff, of course! As you can see here Alvin got a pretty awesome Black Cat as an addition to his sketchbook.

However, I have to assume that my request was probably the most bizarre one that Harvey got on Sunday. Having seen the awesome Wolverine cover he had drawn at STGCC, I wanted something similarly amazing on my very own laptop. And since it was a mac, I really wanted something that incorporated the apple. 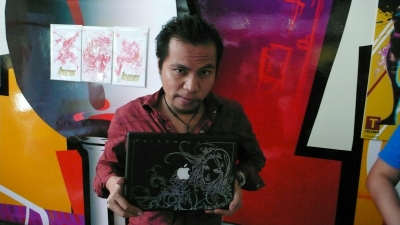 In the end, it was a lucky happenstance that a fellow fan inspired me to get Poison Ivy holding the apple, and all in all, it looks pretty awesome! It also looked like Harvey really enjoyed the sketch as well. Probably not very often that you get to draw on a laptop. =p

So all in all, a great afternoon well spent! We hope that Harvey will return to Singapore soon… and actually, we think he should be visiting pretty often. 😉