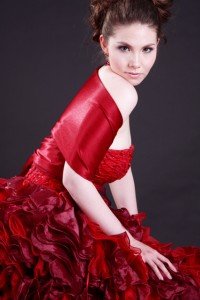 I have a funny way of shooting myself in the foot when it comes to comics (Iron Man and Matt Fraction, anyone?) but nothing’s more obvious than when I picked up the back copies of Daken: Dark Wolverine despite telling myself back when it launched in September I wouldn’t. This decision was based on my wonderful experience meeting artist Giuseppe “Cammo” Camuncoli at the Singapore Toy, Games and Comic Convention 2010 (STGCC).

I also took the opportunity to email the gracious (not to mention beautiful) Marjorie Liu, writer of X-23 and co-writer of Daken: Dark Wolverine to pick her brains about Wolverine’s son and cloned “daughter”, and also about the upcoming crossover between the two, appropriately entitled Collision! Below the cut is the interview in its entirety, edited only for grammatical erros on my part.

HereBeGeeks: Firstly, congratulations on a most productive 2010! Off the top of my head, there’s two novels, A Wild Light (Hunter Kiss series) and In the Dark of Dreams (Dirk and Steele series), two ongoing comic book titles, X-23 and Daken: Dark Wolverine and a host of anthology stories. And of course there’s the first five issues of the ongoing Black Widow series as well as the Tiger Eye casual game, Curse of the Riddle Box. Am I missing anything else that you wrote or were involved in and would like to bring to our readers’ attention?

Marjorie Liu: No, I think you captured it all!  Thank you!

Alright, let’s start with Daken, someone you’ve been writing since he usurped the Wolverine title last year. Give us a little insight into the creative process between you, co-writer Daniel Way and artist Cammo and how it’s evolved over the past twelve months. 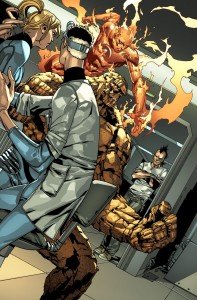 The process hasn’t changed at all over the two years that we’ve been working together.  We always discuss upcoming story lines — and then Dan outlines, I write the script, and we had it off to our editor.  There’s an open line between Cammo and all of us.  I know that early on in this new launch, we asked him if there was anything he would love to draw — and he mentioned the Fantastic Four. We had planned on bringing them back, but nonetheless, that partially inspired the most recent Daken #4.  I can honestly say that we all make a great team.

One thing that Cammo was very keen on pointing out when I spoke to him at STGCC this year was how integral editor Jeanine Schaefer was to ensure that the quality of the book remained high. I know that’s her job, but seeing how she’s been editing Dark Wolverine for about as long as you’ve been on the title, how has working with her been like?

Fantastic.  Jeanine is a great editor.  I also work with her on X-23.  It’s been really helpful having her on both books, especially with the upcoming crossover.

It’s clear that Daken and Wolverine couldn’t be more different, but the truth is, Daken is unique even among Marvel superheroes – he’s not a moral man and is clearly not above pitting the people in his path against one another for his own higher agenda. Pheromone manipulation aside, what is it that continues to attract you to Daken, since it is clear that it’s not just another job for you?

I don’t take on any writing project that feels like a job, and Daken is the kind of character that will ensure that’s never the case.  He’s incredibly complex.  He’s not good, by any stretch of the imagination — but there’s a small, very small, very teeny tiny part of him, that just might be capable of goodness.  He wasn’t born bad.  He’s a psychopath, yes, but his upbringing made him what he is.  He was molded, just as X-23 was molded — the difference being, that she embraces ideas of right and wrong — while to Daken there’s no such thing.  All that matters to him are his needs, his wants.  Maintaining his sense of power and control.

Moving to what is also undoubtedly a labor of love, let’s talk about X-23. Laura Kinney would be familiar to fans of Dirk and Steele’s Dela Reese and Hunter Kiss’ Maxine Kiss, and yet, unlike these strong women, X-23 is very much still a child. In fact, you have referred to her at least once as a “child soldier”. What do you draw from when writing her voice?

Gosh, I don’t know.  I suppose I imagine what it would be like for a child to grow up in a lab, without love, brainwashed for a specific purpose — only, now she’s free.  What does freedom mean to someone like her?  What kind of strength has it already taken for her to stretch so far beyond how she was raised? 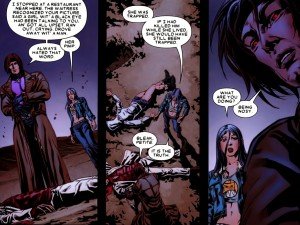 “Wolverine Goes To Hell” seemed like the perfect jumping on point for readers new to X-23, and “The Killing Dream” was a sufficiently haunting prologue to what I hope will be a long run on X-23. The arc ended with the introduction of Miss Sinister and future solicitations indicate that Gambit will continue to be a presence in the book. Has it been your dream to write Gambit, and is his arrival as much good storytelling as it is fangirling?

Yes, both!  I love his character, and was so excited when I was given the thumbs-up to write him.  Having said that, however, I wouldn’t have brought Gambit into the book if I didn’t think he had something to add.

“The Killing Dream” also made it clear that whatever was between Laura and Hellion would be put on hold. While some of us are grateful that there doesn’t have to be a love interest in every superhero comic, seeing as how your works tend to have a decidedly romantic bent, do you foresee X-23 picking up a significant other in the near future?

The big news for 2011 is that the X-23/Daken crossover suitably titled “Collision” will be happening much sooner than we thought! This is great news for fans, but the obvious question would be – is this clash of Wolverine’s son and “daughter” too soon in your opinion?

Not at all!  We’ve been talking about this for a while.  Starting with Issues #5 of both X-23 and Daken, you’ll see the groundwork of the crossover — hints and clues to what is coming.  We wanted this to be a very organic event, one that fits within both series and doesn’t feel like it just came out of nowhere.

“Collision” occurs in Madripoor, after the events of Daken’s “Empire” storyline and his takeover of the criminal underworld that once simultaneously aligned with and feared his father. Give us a hint as to what X-23’s intentions are and why she’s even in Madripoor in the first place?

Daken has another reason for being in Madripoor.  And that’s why X-23 is there.  If you read the short story that was published a couple months ago (or the upcoming X-23 #5), you’ll get a hint of who they’re after.

Cammo revealed at STGCC that Daken will soon be getting a nemesis, someone who would challenge him the way Sabretooth challenged Logan. Tell us more about this nemesis and how soon will be expect to see him (or her!)?

I don’t know how much to say!  There’s already been a hint in the books!  This will be something else we build upon over the next couple months, and it’s going to take Daken down a dark(er) path that won’t be good for his mental health.  Not that he’s the most stable person, anyway.

Thank you Marjorie for the interview and being so generous with your answers! Collision begins with the Prelude in Daken:Dark Wolverine #7! Out in March with cover art by my man, Cammo. 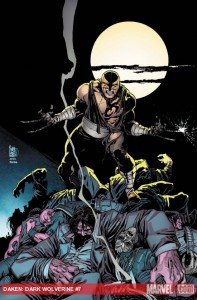