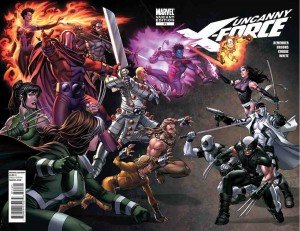 Earlier tonight, without much fanfare, Invasion! Toys and Collectibles announced on their Facebook page that they will be hosting Mark Brooks, cover artist on X-Men Legacy and formerly on Uncanny X-Force at this year’s Singapore Toy, Games and Comics Convention (STGCC).

This makes the artist, who is exclusive to Marvel Comics, the first guest to be announced for STGCC, and what a huge name this is! This is the same man who did those awesome TRON variant covers slightly over a year ago, then knocked it out of the park alongside writer Rick Remender with the critically acclaimed “Dark Angel Saga” in the pages of Uncanny X-Force, and is now doing interiors for the Brian Wood miniseries Wolverine and the X-Men: Alpha and 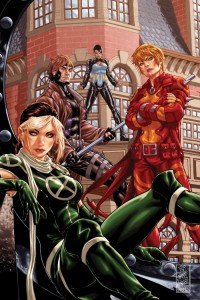 Omega, and, as we mentioned earlier, the gorgeous covers for X-Men Legacy. Yes, Brooks can draw women. Fanboys, rejoice!

And most of all, the guy is missing DragonCon in his own backyard of Atlanta, GA, just to be with us, halfway across the world. What a trooper.

In conjunction with the announcement, Invasion! is running a contest where two lucky winners will each get an exclusive Mark Brooks art book signed by the artist as well as a sketch of any character you want (Hint: Can’t go wrong with the women). More details on their Facebook page.